The video installation piece includes three different projections in a triptych arrangement. It shows digitally manipulated video footage that was gathered during the first workshop held at the Centre for the Less Good Idea in December 2016. The video material, that contains mainly dance and boxing, is treated with a filter that takes a number of video frames before and after the current frame. This produces a wavery effect.

In addition, there’s an audio recording that runs simultaneously with the 3 videos, containing music and sounds that were also produced during the December workshop. The loudness-intensity of the audio track propels the footage forward, in a faster or slower manner. In other words, the higher dB’s (decibels) the faster the video moves forward in time and the lower the dB’s the slower it moves.The piece uses audio and video material that was recorded at the workshop, hence I would like to thank all participants that were subjects’ or involved in producing the recordings in this piece.
credits:’Time, Louder, Faster' by Jurgen MeekelVoice: Ann Masina
Percussion: Tlale Makhene
Most prominent dancer in the video: Thulani Chauke
Camera: Dusko Marovic, Ivan Leathers, Jurgen Meekel
Sound Recording: Gavan Eckhart
This work is a triptych of 3 video and will be featured in Season 1 as part of the Blackboard Projections
exhibition which is free to the public between 1 and 5 March 2017. 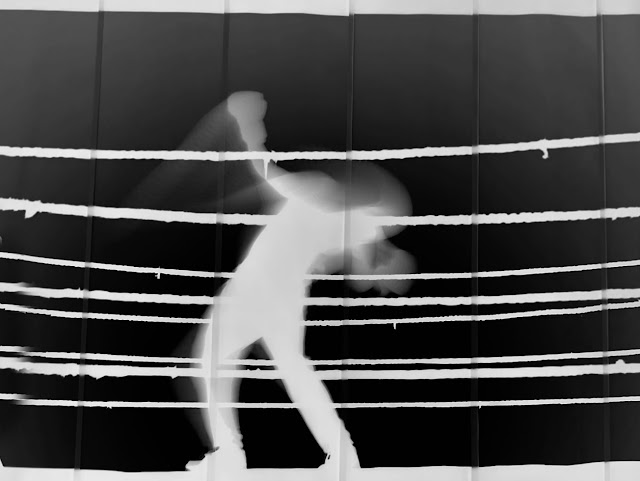 Posted by jurgen meekel at 12:09 AM No comments: